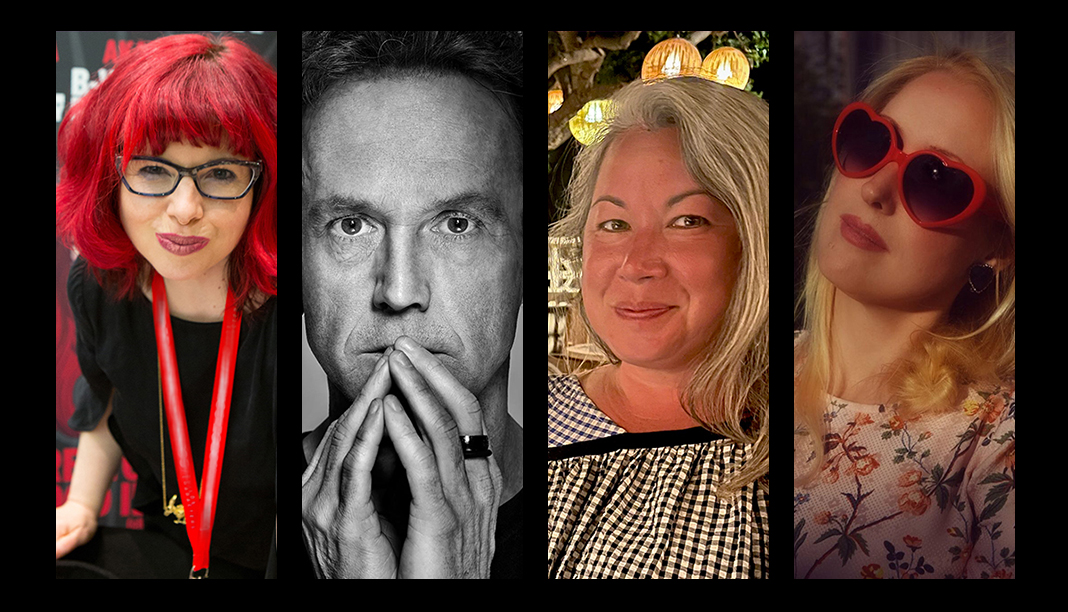 “We’re excited to add another title to our imprint that will further engage our enthusiastic, genre-loving fanbases with new and compelling worlds,” said Mike Zagari, Head of AMC Networks Publishing. “It’s an honor to provide a home to talented creators, writers, artists and storytellers and we’re thrilled to have top industry writer Kelly Sue DeConnick and groundbreaking artist Bill Sienkiewicz on board with Parisian White, as well as welcome the electrifying artistry of Christine Norrie and Tula Lotay on their respective titles.”

Set to debut in late 2023, Parisian White takes place in the Jazz Age in Paris but not exactly the world we know. A rhyming future, where art is life, and life is expressed in the language of color. Carmine, a particularly deep red, is produced from the bodies of a South American parasite. French Green is so full of arsenic that it functions as a rat poison.  Parisian White threatens death to anyone so foolish as to open a tube. Pigments are words and weapons — precious, expensive, fiercely guarded and fought for. When combined with the right talent, pigments can capture, transform, or destroy your world. Kelly Sue DeConnick’s work spans stage, comics, film and television but first came to prominence as a comics writer, where she is best known for reinventing Carol Danvers as Captain Marvel at Marvel and Wonder Woman: Historia at DC. Her independent comics, Bitch Planet and Pretty Deadly, have ranked as New York Times bestsellers and have been honored with Eisner Awards, British Fantasy Awards and Hugo nominations.  DeConnick’s screen work includes Captain Marvel, which went on to earn $1B for Disney worldwide and 2023’s The Marvels with Marvel Studios. Bill Sienkiewicz is a multi-Eisner Award-winning and Emmy Award-nominated artist known for revamping the style of comic and graphic novel illustration from 1980 onward—a feat earning him an international reputation across media industries, as well as entrée into the Eisner Hall of Fame. He is most noted for Marvel’s Elektra: Assassin, Moon Knight, and New Mutants—inspiring FX’s Legion and Disney’s New Mutants film and Moon Knight series—and his acclaimed graphic novel Stray Toasters. He earned two Emmy nominations for his work on the animated series Where in the World Is Carmen Sandiego? Sienkiewicz has also contributed on-set and promotional artwork for The Batman, Dune, Moon Knight series, 2018 Halloween remake, Spider-Man: Into the Spider-Verse, Logan, The Grinch, The Green Mile, and Unforgiven.

Christine Norrie is an illustrator and painter whose recent credits include art for Ira Glass’s Seven Things I’ve Learned and his portrait for Tart Vinegar, a double-spread page in She Votes, and a piece for Rise: A Pop History of Asian America from the Nineties to Now, written by director Jon M. Chu (Crazy Rich Asians, The Heights). Kirk Hammett and Marcel Feldmar’s Nights of Lono tells the story of a troubled female detective in 1989 Hawaii who is hired to find King Kamehameha’s tomb before it is discovered by an unscrupulous occultist from the mainland.  A mix of mystery and supernatural adventure, the story is a self-aware journey through standard detective tropes and cliches that are sharpened and given new life with fresh takes on the myths and folklore of the Hawaiian Islands.

Tula Lotay specializes in comics, film, and editorial illustration, as well as being the founder of the world-renowned Thought Bubble Festival. In 2019, Lotay was awarded the Bob Clampett Humanitarian Award by San Diego Comic Con Eisner Committee for her charitable and fundraising work.  IN 2015 she was nominated for a GLAAD Media Award for Outstanding comic Book for The Wicked and the Divine #13. New York Times Bestselling author, Brenden Fletcher’s folk horror mystery series, Oubliette, takes place in a small town where people live by a simple rule: “If you were born of the earth around the lake, then around the lake you shall stay until you return to the earth”. The story explores the struggle of a woman who escaped the impossible gravity of her birthplace only to be drawn home to bury her father. She finds herself once again trapped in a cycle of pain and regret as she digs into the mystery of the sinkhole that drained the lake and took her father’s life. There’s something dark and wicked down there, in that hole in the lake. Something that’s been waiting a long, long time to come to the surface…

Additional titles under the AMC Networks Publishing arm include two books inspired by AMC Networks’ hit shows — Shudder’s Creepshow: From Script to Scream, based on the hit anthology series from Greg Nicotero (The Walking Dead), Stan Spry (The Cartel), Russell Binder (Striker Entertainment), and in partnership with Titan Books, which is set to debut this fall. And new original graphic novel, Miss Fisher’s First Mysteries, based on the hit Acorn TV series Miss Fisher’s Murder Mysteries (adapted from the best-selling novels by Australian author Kerry Greenwood) and written by award-winning and New York Times Bestselling author Cecil Castelluci (Shade The Changing Girl, Star Wars: Moving Target), in partnership with Every Cloud Productions, will debut in 2023. Earlier projects under the AMC Networks Publishing banner include 11 Weeks of TWD Art, which featured 11 custom pieces of artwork looking back at significant moments from each season of the show’s decade-long run, and The Art of AMC’s The Walking Dead Universe, a coffee-table book, in partnership with Image Comics and Skybound, which remains a top seller on the official The Walking Dead Universe shop.

For additional information on all these titles and more, please visit the newly launched AMCNP.com

AMC Networks (Nasdaq: AMCX) is a global entertainment company known for its popular and critically-acclaimed content. Its brands include targeted streaming services AMC+, Acorn TV, Shudder, Sundance Now, ALLBLK, and the newest addition to its targeted streaming portfolio, the anime-focused HIDIVE streaming service, in addition to AMC, BBC AMERICA (operated through a joint venture with BBC Studios), IFC, SundanceTV, WE tv and IFC Films. AMC Studios, the Company’s in-house studio, production and distribution operation, is behind some of the biggest titles and brands known to a global audience, including The Walking Dead, the Anne Rice catalog and the Agatha Christie library.  The Company also operates AMC Networks International, its international programming business, and 25/7 Media, its production services business.