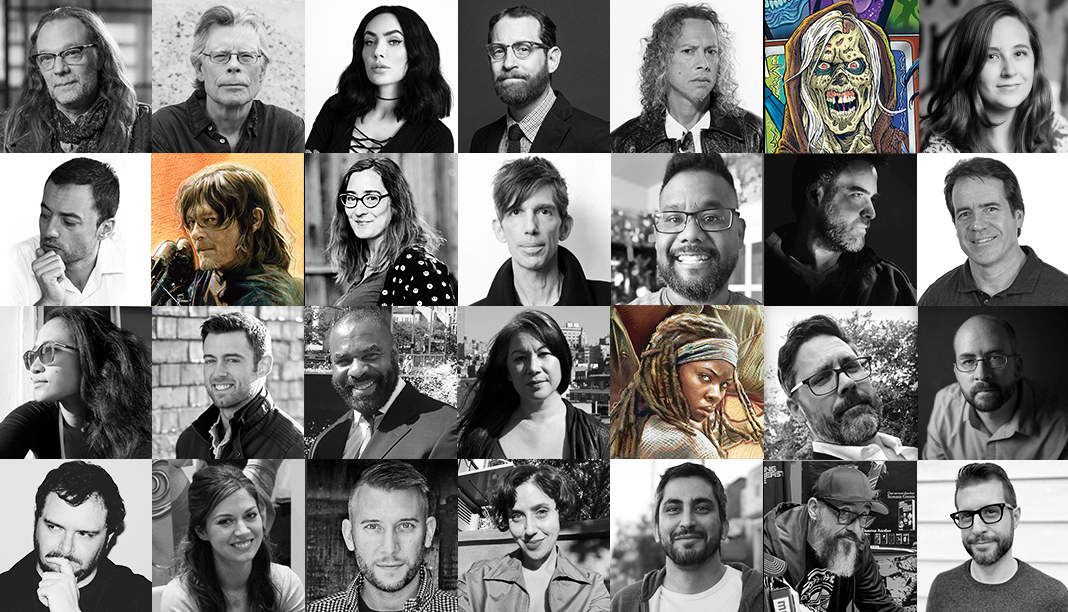 AMC Networks today announced the launch of AMC Networks Publishing, a book publishing arm that will work with established and up-and-coming talent in developing, producing and selling fan-focused specialty books, comics, original graphic novels and more. On the heels of the successful debut of The Art of AMC’s The Walking Dead Universe coffee-table book, in partnership with Image Comics and Skybound, which remains a top seller on the official The Walking Dead Universe shop, AMC Networks Publishing will debut several new projects this year, including two comic series —  Nights of Lono by Metallica’s lead guitarist and horror aficionado Kirk Hammett and his writing partner/co-creator Marcel Feldmar, and Oubliette from New York Times Bestselling author, Brenden Fletcher (Batgirl, Gotham Academy) – and two books based on AMC Networks’ hit shows, including the original graphic novel Miss Fisher’s First Mysteries based on the popular Acorn TV series Miss Fisher’s Murder Mysteries, and Shudder’s Creepshow: From Script to Scream, from Cartel Entertainment and Creepshow showrunner and executive producer Greg Nicotero (The Walking Dead) and brokered by Striker Entertainment, a coffee-table book which includes a foreword by Hammett, as well as an afterword by legendary storyteller Stephen King.

“We’re excited to launch this new initiative with talented creators, writers, artists and storytellers to further engage our passionate fanbases with the stories and characters they love, as well as open the doors to discover new and compelling worlds,” said Mike Zagari, Head of AMC Networks Publishing. “From deeper dives on AMC’s The Walking Dead Universe, Shudder’s Creepshow and Acorn TV’s Miss Fisher, to a brand-new collection of fantasy and comic-based tales from Kirk Hammett, Marcel Feldmar, Brenden Fletcher and more, we can’t wait to entertain and thrill our audience and fans in new and innovative ways.”

The first title to debut this year is Shudder’s Creepshow: From Script to Scream, based on the hit anthology series from  Nicotero, Stan Spry (The Cartel), Russell Binder (Striker Entertainment), and in partnership with Titan Books. The coffee-table book is written by Dennis Prince, designed by John J. Hill, and co-produced by Julia Hobgood, and brings fans behind-the-scenes of the acclaimed Creepshow series with deep dives into its riveting origins, gripping development, provocative production, sinister special effects, and much more. The series has been heralded as “an irresistibly macabre package,” (Slant Magazine) and “an undeniable love letter to all generations of horror fans,” (CBR), and over three seasons, has been one of the most watched programs on Shudder.

“I grew up wearing down my fingertips paging through books on the making of my favorite movies,” said Nicotero. “I was ravenous to learn the behind-the-scenes secrets. So, I’m excited to be able to present a glimpse behind the making of this epic show!”

A new original graphic novel,  Miss Fisher’s First Mysteries is based on the hit Acorn TV series Miss Fisher’s Murder Mysteries (adapted from the best-selling novels by Australian author Kerry Greenwood) and written by award-winning and New York Times Bestselling author Cecil Castelluci (Shade The Changing Girl, Star Wars: Moving Target) and in partnership with Every Cloud Productions. In the graphic novel, the year is 1917 and there is no way the ivy-covered walls of a posh English finishing school will hold the rebellious spirit of the Honorable Miss Fisher. Outraged when her childhood friend is accused of murder, young Phryne stages a daring escape and braves the high seas as a stowaway – bound for danger and romance in the dark alleys, dubious theatres and glamorous mansions of wartime Melbourne.

Hammett and Feldmar’s Nights of Lono tells the story of a troubled female detective in 1989 Hawaii who is hired to find King Kamehameha’s tomb before it is discovered by an unscrupulous occultist from the mainland.  A mix of mystery and supernatural adventure, the story is a self-aware journey through standard detective tropes and cliches that are sharpened and given new life with fresh takes on the myths and folklore of the Hawaiian Islands.

Brenden Fletcher’s folk horror mystery series, Oubliette, takes place in a small town where people live by a simple rule: “If you were born of the earth around the lake, then around the lake you shall stay until you return to the earth”. The story explores the struggle of a woman who escaped the impossible gravity of her birthplace only to be drawn home to bury her father. She finds herself once again trapped in a cycle of pain and regret as she digs into the mystery of the sinkhole that drained the lake and took her father’s life. There’s something dark and wicked down there, in that hole in the lake. Something that’s been waiting a long, long time to come to the surface…